Henn and Sons opened in 1937 after Henry Henn, a local carpenter from 1908 – 1937, and his 2 sons decided to join forces. Richard and Raymond Henn were later joined by Henry’s grandson, Richard H. Henn in 1965.

Robert Henn added on to the family business in 1987 and became the 4th generation working for Henn & Sons Construction Services, Inc., the company as you know it today. The company was restructured into a corporation in 1997.

Since the switch to corporation status, the business has continued to thrive and grow. We now have the ability to keep over 50 helpers, tradesmen, professional estimators, and clerical staff on the payroll. We are known for being fair and providing quality that is unsurpassed in the construction industry.

If you are looking for references, feel free to contact us. Many of our original clients and their families are still the ones we service today. 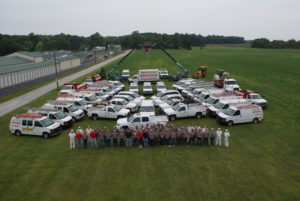